BSM - Being Taken Over

This time of year, we are being taken over by Boxelder bugs and Ladybugs. Although the Boxelders are not our favorite, Ella has been collecting the Ladybugs in a jar and then releasing them at the end of the day. This little friend she found in our entry way and played with it for a good half hour before it decided to spread it wings and frighten her (she claimed). Needless to say, that was the end of their friendship.

On another note, I have a little story about being "taken over".

On Halloween night, Keith and Ella were walking around and they saw spotlights in the sky in the distance. Keith told Ella they were aliens. When they got to the last house, which happened to be our neighbors, she walked up to the door, threw both hands in front of her and in all seriousness exclaimed...

"I am not here for candy! I am here to tell you that there are aliens coming! Do you see those lights in the sky? Those are aliens!

The neighbors apparently looked at her like she was crazy. You'd think they would humor her....but that didn't happen. Later, she proceeded to tell my mom that she saw little green men take a man and his puppy away. Her imagination is endless.

Joanna
I am Mama to 2 beautiful miracles, Ella and Olivia, wife to Keith, and have a passion for photography. 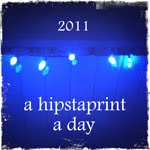